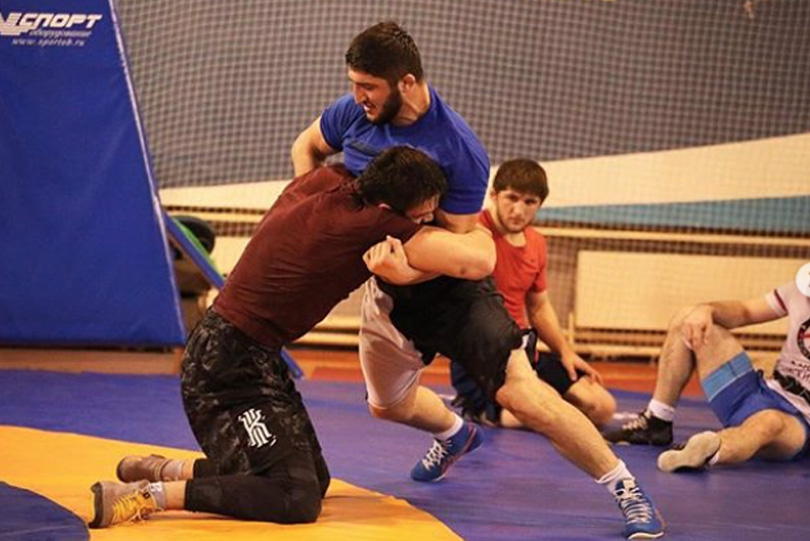 Russian wrestler Abdulrashid Sadulaev has returned to training after recovering from COVID-19 last month. The Olympic champion has joined the national camp which resumed last month. The wrestler had earlier revealed on Instagram that he had contracted the virus and sent out a message of awareness to his one million followers.

He said: “I admit like most of my countrymen I did too not attach importance to the coronavirus. “We really underestimated the disease, we began to feel its danger and threat only when it knocked on our door, I myself transferred it.” The Dagestan native, one of the only regions in Russia that has a majority of Muslims, has since added that the area struggled due to the quarantine period falling during Ramadan.

Ramadan is a period where Muslims fast during daylight hours, often coming together at sunset to eat, with the final day, known commonly as Eid al-Fitr being one of the biggest celebrations in the Islam calendar. Ramadan this year ran from April 23 to May 23 this year during the strictest part of the lockdown.

Sadulaev, speaking to Russia’s state news agency TASS, said: “This disease suffered almost every family in the cities and regions of Dagestan.

“I transferred it in a mild form, was treated at home – only people with severe forms were hospitalised. “During the epidemic, I tried to keep fit at home, but most of the quarantine fell on Ramadan, so there was no talk of full-fledged training. “Now, of course, I’ve already recovered and I wait for us to have the opportunity to gather at a central gathering – we hope that this will happen in the next month.

“It’s time to get into work and wait for United World Wrestling to announce a new calendar.” Sadulaev is already one of Russia’s greatest wrestlers having won the 86 kilograms freestyle title at the Rio 2016 Olympics, aged just 20. He has won four golds and one silver medal at the World Championships since 2014, and boasts two European Games golds and four European Championship titles.