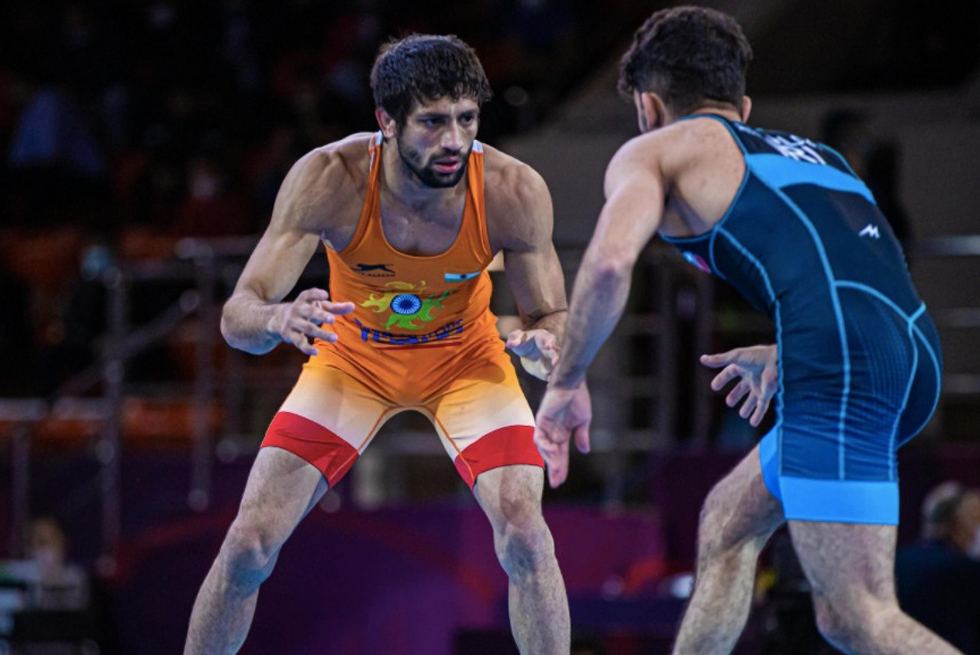 Poland Open Wrestling 2021 Ranking Series: After a shaky start, India is in the hunt for its first medal in Warsaw as the focus shifts on Ravi Dahiya. The Indian wrestler will begin his campaign in a loaded six-man 61kg weight category. India was supposed to start its campaign with Deepak Punia in 86kg. However, after the wrestler pulled out of the competition due to an elbow injury, the responsibility shifted to Dahiya’s shoulder.

The two-time Asian Champion has decided to compete in his 61kg instead of cutting the weight to meet the requirements of 57 kg, his usual weight class. Interestingly, he is not the only one to do so. Many wrestlers including his opponent and world medalist Nurislam Sanayev decided to move up the division to the Poland Open Ranking Series which began on Tuesday.

Although a small group, the 61kg will be a competitive one. Besides Dahiya and Sanayev, the Junior world champion Gulomjon Abdullaev (UZB) will also stake a claim at the gold medal. It will be a mini-Olympics as the three wrestlers have also qualified for the Tokyo Games.

Punia was to take the mat for the 86kg event but forfeited his quarterfinal against American Zahid Valencia. The wrestler was carrying an injury before arriving in Warsaw and it aggravated while warming up for his opening bout. “He did not want to aggravate the injury more and had informed the Federation that he will take a call on competing after reaching. After assessing his hand this morning, he decided not to take the mat,” a source in the Indian camp said.

Punia will remain with the team till July 5 for the training camp that has been organised by the Polish Federation. The WFI is also trying to negotiate with Turkey, Romania and Russia to organise training camps for India’s Olympic-bound wrestlers.

Meanwhile, Vinesh Phogat (53kg) and Anshu Malik (57kg) will compete on Friday in the women’s event. Bajrang Punia had also decided to miss the event, preferring to train in Russia instead. Seema Bisla (50kg) and Sonam Malik (62kg) did not travel to Warsaw as they too are nursing their respective injuries.

Sumit Malik (125kg) has been suspended by the world body for failing a dope test in Sofia, where had made the cut for the Tokyo Games.