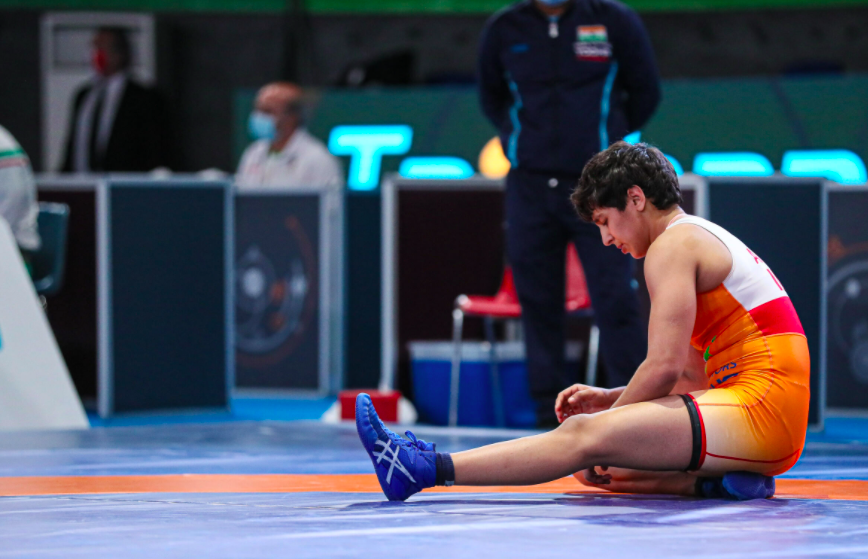 Poland Open Wrestling 2021 Ranking Series Day 4: Tokyo Olympic-bound Anshu Malik has withdrawn from the Poland Open Ranking Series. The Wrestling Federation of India (WFI) informed WrestlingTV, she fell ill last night and could not turn up for the weight check-in.

“She got sick last night and there was no use of her turning up for the weight check-in as it would have been tough for her to compete. She is ,” a WFi official said.

Besides Maroulis, there is Olympic silver medalist Valeria Koblova (RUS), world medalist Odunayo Adekuroye (NGR), and  Iryna Kurachkina (BLR), who will be a big challenge. It will be a good test of skills for the Indian wrestler and check her readiness for Tokyo Olympics.

Indian wrestler Deepak Punia on Tuesday had also pulled out of the Poland Open to avoid aggravating the left-elbow injury that he carried into the last Ranking Series event before the Tokyo Games. Punia was to take the mat for the 86kg event but forfeited his quarterfinal against American Zahid Valencia.

“It’s a minor injury, there is nothing to worry about. He sustained it while practising in India. We just did not want to aggravate the injury. The Federation was kept in the loop. He is still practising, so there is nothing worrisome,” national coach Jagmander Singh siad..

Singh also dismissed a suggestion that it was a made-up injury to get a specific draw at the Olympics. “Nothing like that. We are not looking that much ahead,” he said.

The Wrestling Federation of India (WFI) confirmed the sequence of events.

“Yes we had given him a choice. We do not want to put pressure on wrestlers, Olympics are near, so no point in taking risks,” said WFI Assistant Secretary Vinod Tomar.

Punia will remain with the team till July 5 for the training camp that has been organised by the Polish Federation. The WFI is also trying to negotiate with Turkey, Romania and Russia to organise training camps for India’s Olympic-bound wrestlers.