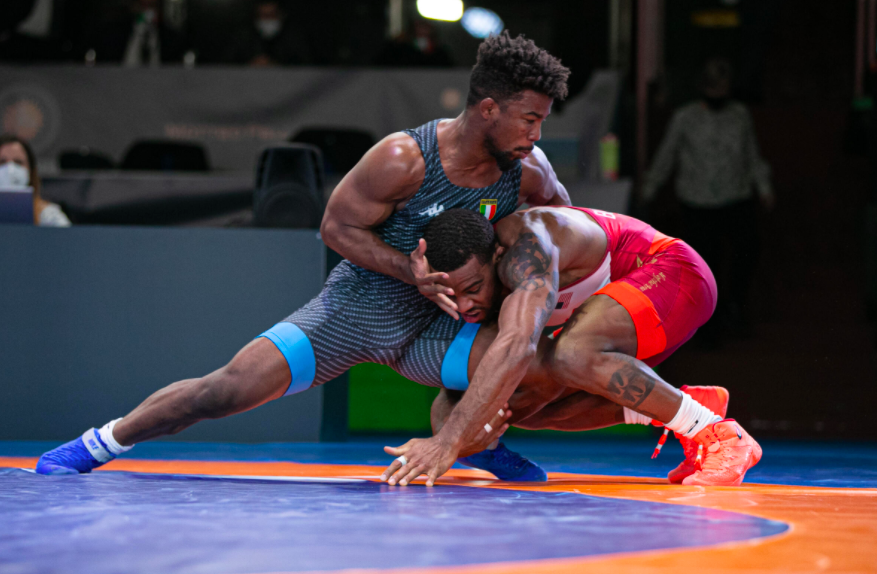 At the Yasar Dogu in 2019, Chamizo had decided to sit out of the final, giving Burroughs the win. This was five months after the American had scored his third win over Chamizo at the Dan Kolov-Nikola Petrov event in February.

Sure, the pandemic delayed the matchup but Burroughs’ loss at the 2019 World Championships semifinal to Zaurbek SIDAKOV (RUS) in September deprived the fans of a rematch in Nur Sultan, Kazakhstan. Chamizo was on the other side of the bracket and reached the final against Sidakov.

But on a blockbuster Sunday at the Matteo Pellicone Ranking Series event in Rome, the two superstars clashed for the sixth time in what is quickly becoming wrestling’s prized rivalry in recent years.

For the record, Chamizo closed the gap with Burroughs in head-to-head to 4-2 after winning a tense gold medal bout 3-2 at 74kg. Two of Chamizo’s points were step out while one was for Burroughs passivity. Even Burroughs scored his two via step-outs.