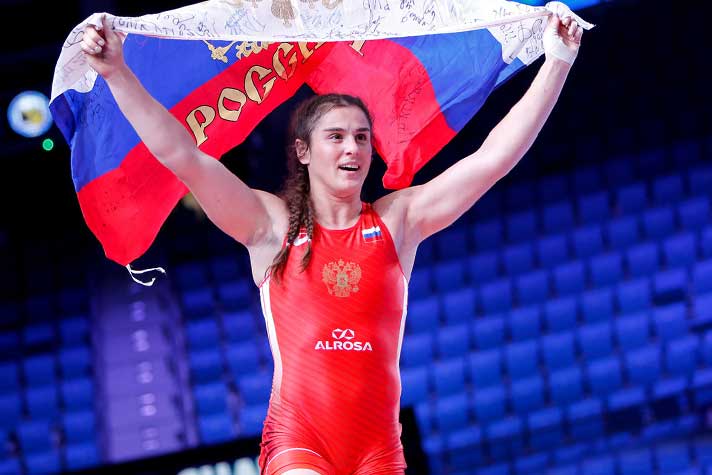 The world’s most powerful and successful nation in the sport of wrestling, Russia has decided not to field their male wrestlers for the 2020’s first ranking series event beginning in Rome today. The champion of the world in both Greco-Roman and Freestyle will skip the Rome event for different reasons. The Greco-Roman wrestling team of Russia will be busy in competing at their National Championships beginning in Novosibirsk from tomorrow. The freestyle team of Russia under multiple world championship winner AbdulRashid Sadulaev has decided to sweat it out in the training camp instead of competing at the ranking series event.

The Russian tank himself has uploaded a video of Russia team camp with a message that “Preparation is in full swing, this year will be eventful! # Tokyo2020”.

The Men’s team will miss out but the Russian women wrestlers will be in full strength at Rome. Natalia Vorobyova will head the Russian women’s team at the first rating tournament in Italy. The women’s team of Russia will take part in the competition with almost all the big names and the world championship winners. Olympic champion Natalya Vorobyeva, world champion Inna Trazhukova, two-time European champions Stalvira Orshush and Anastasia Bratchikova, silver medalist of the world championship Lyubov Ovcharova, bronze medalist of the European championship Milan Dadashev will be seen in action in Rome. It is worth noting that Ovcharova and Orshush will perform at the tournament moving to higher weight categories of 55 and 62 kg.

Composition of the Russian women’s team
Up to 50 kg. Milana Dadasheva, Veronika Gurskaya
Up to 55 kg. Stalvira Orshush
Up to 57 kg. Marina Simonyan
Up to 62 kg. Lyubov Ovcharova
Up to 65 kg. Inna Trazhukova
Up to 68 kg. Anastasia Bratchikova
Up to 76 kg. Natalya Vorobyeva