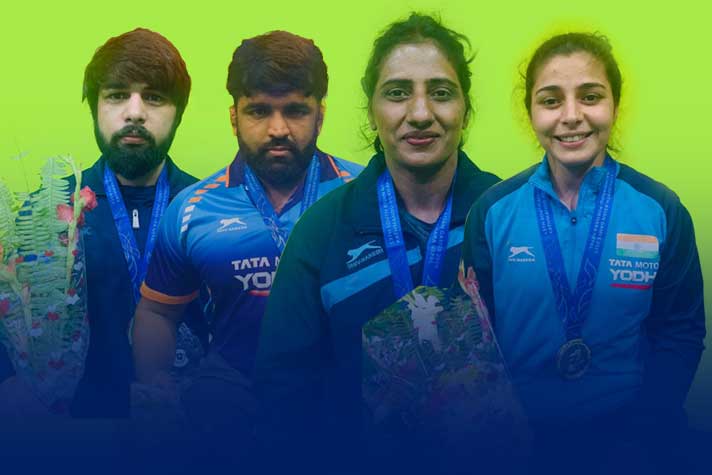 December 7, 2019 0Comments 1111Views 0Likes
In the South Asian Federation games wrestling competitions, Indian grapplers gave another golden display. Like the day 1 of the wrestling competitions on the day 2 as well all 4 Indian wrestlers in fray won gold medals for India. Satyawart Kadian (97kg), Sumit Malik (125kg), Gursharanpreet Kaur (WW 76KG) and Sarita Mor (57kg) ended up winning gold medals.
The highlight of the Day 2 of the wrestling competitions in South Asian Federation Games was without any doubt battles for gold between wrestlers from India and Pakistan. Both Kadian as well as Malik got the better of their Pakistani counterparts to register victories in the competition.
In the 97kg category, India’s national champion Satyawart Kadian was up against Pakistan’s number 1 Tabiyar Raza. Kadian, husband of olympic medallist Sakshi Malik showed great skills as well as composure against the Pakistani wrestler.
In the first minute of the bout itself Kadian who recently won gold in the national championship at Jalandhar overpowered Raza and scored 6 consecutive points. In frustration Pakistani wrestler tried adopting some rough tactics but Kadian was quick to respond to that and finally won the bout and gold with scoreline by 10-1.
Also Read: SAF Games 2019 Wrestling : Satyawart Kadian wins gold medal defeating wrestler from Pakistan in 97kg
The referee of the match added twist to the drama by declaring Raza as winner to everyone’s surprise. But he was quick to correct his mistake by raising Kadian’s hand and declared him winner of the gold medal bout.
For India, national champion in 125kg Sumit Malik also won the Gold without much ado. Malik defeated the Pakistani wrestler by margin of 8-2 to finish as number 1 wrestler in the weight category.
In the women’s section, wonder mom of the Indian wrestling Gursharanpreet Kaur continued her golden run. The iron lady from Punjab made a comeback in the international arena after 7 long years and easily won the golden bout against the Sri-Lankan wrestler 10-0.
Gursharan recently won the national championship gold in Jalandhar and booked a place in the SAF Games squad.
Like Gursharan, Sarita Mor also did not face any challenge in the 57kg category and won gold without any difficulty. Overall all 8 Indian wrestlers in action till now at the SAF Games 2019 have ended up winning gold for the country.
SAF GAMES 2019 Wrestling : Gold Medal Winners for India
FS 97 Kg – Satywart Kadian
FS 125 Kg – SumitW/W 57 kg- Sarita mor
W /W 76 kg- Gursharanpreet Kaur.
Earlier on the day 1, as expected Indian wrestlers won all the 4 gold medals at stake and that too with ease. Sheetal Tomar in 50kg, Pinki in 57kg, Amit Kumar in 65kg & Rahul Kumar in 57kg toyed with their opponents from Nepal, Bangladesh and Sri-Lanka in the wrestling competitions. Such was the domination of the Indian wrestlers that none of the wrestlers from opponent countries could even score a point against any of the Indian wrestlers yesterday.
Wrestling fans can catch Live Streaming, Highlights, News, Videos, Photos, Results and Rankings on WrestlingTV 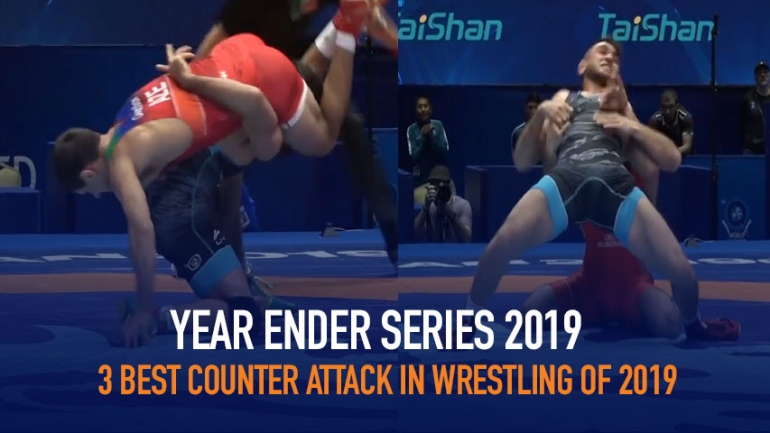 Watch the 3 Best Counter attack in Wrestling of 2019 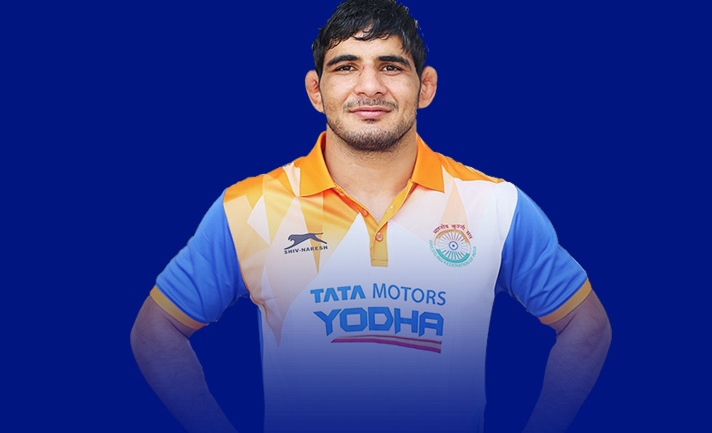