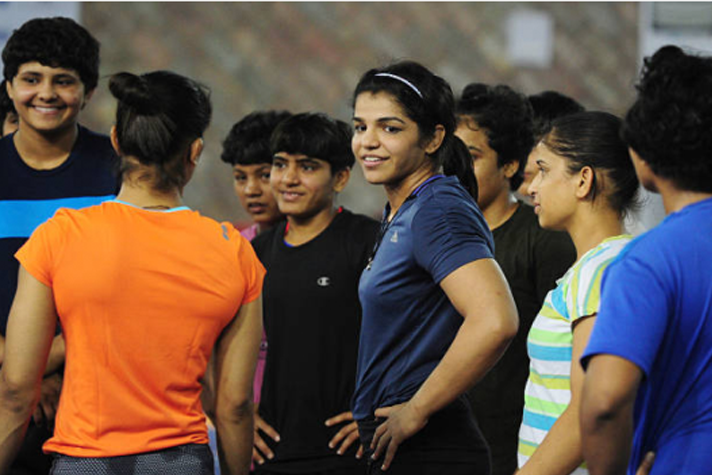 Olympic medallist Sakshi Malik will be missing the women’s wrestling camp due to job obligations. The 28-year-old is currently employed with the Indian Railways. She has taken permission from the Wrestling Federation of India (WFI) to miss the early days of the camp to finish some work with the Railways. “I have some urgent work with the Railways after which I will be joining the camp. I cannot tell the exact date when I will travel to Lucknow”.

Meanwhile, wrestlers have been allowed to train under personal coaches via video chats at the campus. Kakran will be taking online lessons from coach Vladimir Mestvirishvili who returned to Georgia in April due to rise in COVID-19 cases.

“I will continue to train with my coach (Vladimir) via video calls,” the 2020 Asian Championship gold medallist said. “We have been together since 2017, and he has helped me improve a lot. I believe he is necessary for me to achieve my goal for earning a place in the Indian”.

Dhanda has been allowed to bring her physiotherapist and mental conditioning coach Satyaprakash Singh at the SAI campus. As for Phogat, SAI has given her permission to bring her sister Priyanka along.

The wrestlers will have to undergo a 14-day quarantine period and return negative test before they are allowed to begin mat training. For the first seven days, they will be in individual quarantine after which they will spend seven days in a non-contact situation. According to sources, SAI has installed 14 CCTV cameras to monitor everyone 24×7.