Tokyo Olympics demonstrates few of its Covid-19 measures to people 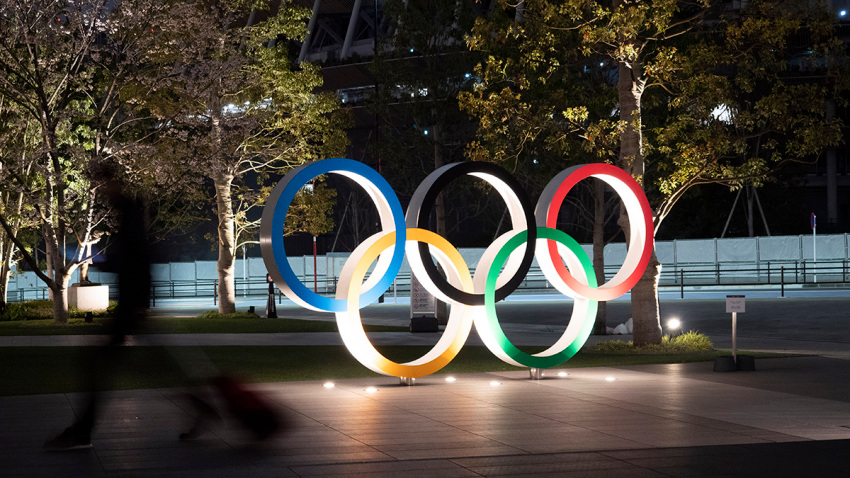 Tokyo Olympic officials want the world to know they are working on measures to combat the COVID-19 pandemic at next year’s games, even if they don’t know exactly what they will be.

Tokyo organisers showcased a few possible remedies on Wednesday, displaying various screening measures at the city’s Big Sight convention complex, the home of the media centre for the Olympics.

“Our objective is to demonstrate what we are doing toward the safety and security of the Olympics,” said Tsuyoshi Iwashita, the executive director of the Tokyo Olympics security bureau.

Most of it looked familiar, including hand sanitizers and people passing through scanning devices with guards wearing face shields at the other end.

One innovation involved a sticker placed on the wrist to measure body temperature in a few seconds.

“This time we have tried different methods and analyzed them,” Iwashita said.

“I think there is no right answer but we still have to think about what we should do. There are various (sports) competitions going on, but I think the challenge is to find out what kind of method is suitable for the world’s largest sports event — the Tokyo Olympics and Paralympics.”

It won’t be easy, or perfect.

Athletes around the globe have come down with COVID-19 despite precautions. Ten members of the Italian swim team reported positive for the virus on Tuesday, including world champions Simona Quadarella and Gabriele Detti. On the other hand, the NBA recently finished its season without a single positive test.

The International Olympic Committee has said that athletes testing positive at the Olympics are likely to be excluded, perhaps extinguishing years of training.

Add another 4,400 athletes for the Paralympics. Then inject the question of fans: Will there be any? Or will only Japanese be allowed? Finally, factor in the possibility that a vaccine will be ready when the games are to open on July 23, 2021. But should athletes be a priority? And should they be compelled to be vaccinated? And who pays for the vaccine?

Tokyo organisers and the IOC have said they are testing “many scenarios” and are unlikely to explain until early next year exactly how the Olympics can be held safely.

Their main job now is to convince scepticalC sponsors and fans that the games will happen, allowing the IOC to collect billions of dollars from broadcasters and sponsors.

Earlier this year, organizers and the IOC waited until March before deciding to postpone the Olympics.

Japan has attributed about 1,700 deaths to COVID-19, having escaped soaring fatalities that have affected many other countries. It has also employed strict controls over immigration since the pandemic.

Kozue Tanno, who works as a security guard, participated in the Wednesday simulations. She talked about the challenge of COVID-19, and also mentioned Tokyo’s scorching summer heat.

“We did a demonstration experiment this time and tried to work with a face shield for COVID-19 countermeasures, and even though the temperature was low, I felt the heat,” she said.

“We inspected about 20 people but in reality that will not be the case. When it comes to guiding a large number of visitors for a very long time, I am very worried that my sweat will drip on the face shield during the hot summer months.”