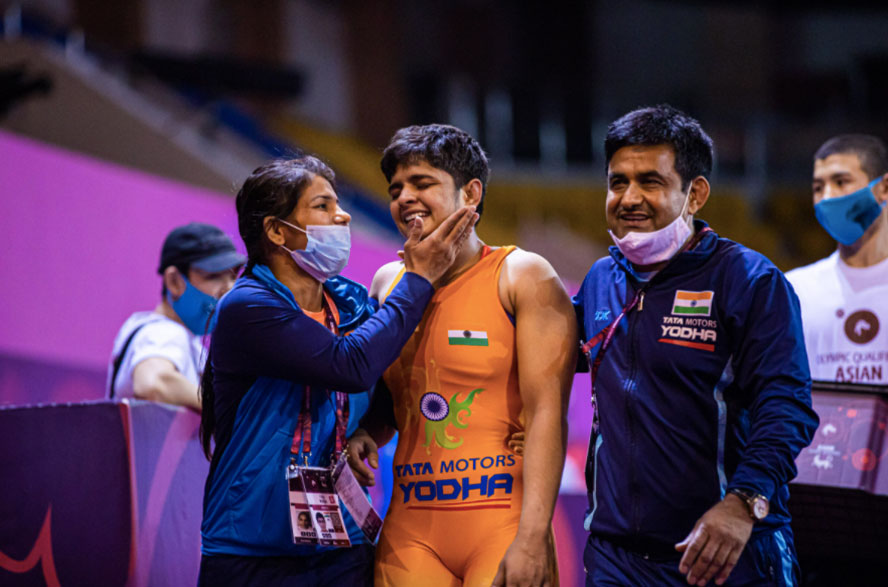 Tokyo Olympics, Sonam Malik: Sonam Malik has decided to skip the upcoming Poland Open Wrestling series to nurse her knee injury ahead of the Tokyo Olympics. The Haryana-born had created history at the Asian Olympic Qualifiers by becoming the youngest Indian athlete to qualify for the quadrennial event. However, in her history-making triumph in the 62kg bracket, the 19-year-old suffered a knee injury. Sports Minister Kiren Rijiju on Monday gave an update on her injury and also wished her luck for the Tokyo Olympics. “Sonam Malik is the youngest Indian woman wrestler to qualify for the Olympics. She is training very hard with her teammates,” he tweeted.

Sonam Malik is the youngest Indian woman wrestler to qualify for the Olympics. She is training very hard with her team mates.
My best wishes to @OLYSonam ! pic.twitter.com/PYQNP8AoFM

The 19-year-old, Sakshi Malik who hails from Madina village in Haryana’s Sonepat district generated quite a stir when she edged past Rio Olympic medallist Sakshi Malik to earn a berth in the Indian team.

Sonam who has now made the 62kg category her own is now training hard to compete at the biggest sporting stage — the Olympics where she will also be the youngest Indian woman wrestler to ever compete.

Currently, a total of 100 Indian athletes have qualified for Tokyo Olympics across 11 sports disciplines, and about 25 more athletes are likely to qualify for the marquee event, details of which will emerge by end of June.

While a total of 19 Indian athletes had participated at the last Paralympics in 2016 at Rio de Janeiro, 26 para-athletes have qualified and 16 more athletes are likely to qualify for the Tokyo Olympics. The 2020 Tokyo Olympics begins on July 23.