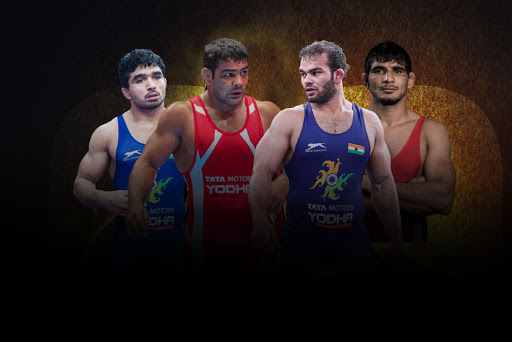 Tokyo Olympics: With just a month to go for the coronavirus-delayed Asian Olympic Qualifiers, the Wrestling Federation of India (WFI) announced it will hold trials for the Indian team on March 16 at Indira Gandhi Stadium, Delhi. The continental qualifiers were originally scheduled to take place in March 2020, but will now be held from April 9 to 11, 2021 in Almaty, Kazakhstan. WFI will conduct trials for men’s freestyle and greco-roman for the Asian Qualifiers and Asian Championship. “Wrestling Federation of India [WFI] is holding a Selection Trial on 16th March 2021 at 10.00 hrs. at K.D. Jadhav Wrestling Indoor Stadium, New Delhi for selecting the Indian Senior Free Style & Greco Roman Style Wrestling Teams for participation in Asian Qualifiers and Asian Championship,” Vinod Tomar, WFI Assistant Secretary told WrestlingTV.

There is an intense battle in the middle-weight division and with the entry of Sandeep Singh the race for the place in the Indian team has only gotten tough. The 21-year-old had battled past an immensely competitive field to be crowned national champion in the men’s 74kg category in January.

The youngster although could not make any impact at the Matteo Pellicone Rome Rankings, he is still very much in contention in a crowded field that includes former national champion and rising star Gourav Baliyan, 2015 World bronze medallist Narsingh Yadav, former Asian medallist Amit Dhankar, and 2020 Asian silver medallist Jitender Kumar.

Notably, two-time Olympic medallist Sushil Kumar still counts himself in the reckoning in this weight class.

Young Sonam Malik is currently India’s best hope for Olympic qualification in 62kg. However, the 19-year-old Cadet world champion faces immense competition from Olympic medallist Sakshi Malik and the 2018 Asian Championship gold medallist Navjot Kaur. What adds to the pressure for the young leg is the comeback of Dangal queen Geeta Phogat.

The 2010 Commonwealth Games gold medallist had last year announced that she will be making a comeback in the 62kg weight class for the Tokyo Games. Sports Authority of India (SAI) had recently shared a picture of the veteran wrestler, who is currently part of the training camp in Lucknow.

India has two chances left for the Olympic Qualification

Besides the Asian Qualifiers, India will have another shot at the Olympic qualifications in May. United World Wrestling (UWW) will host the World Qualification event from 6 to 9 in Sofia, Bulgaria.