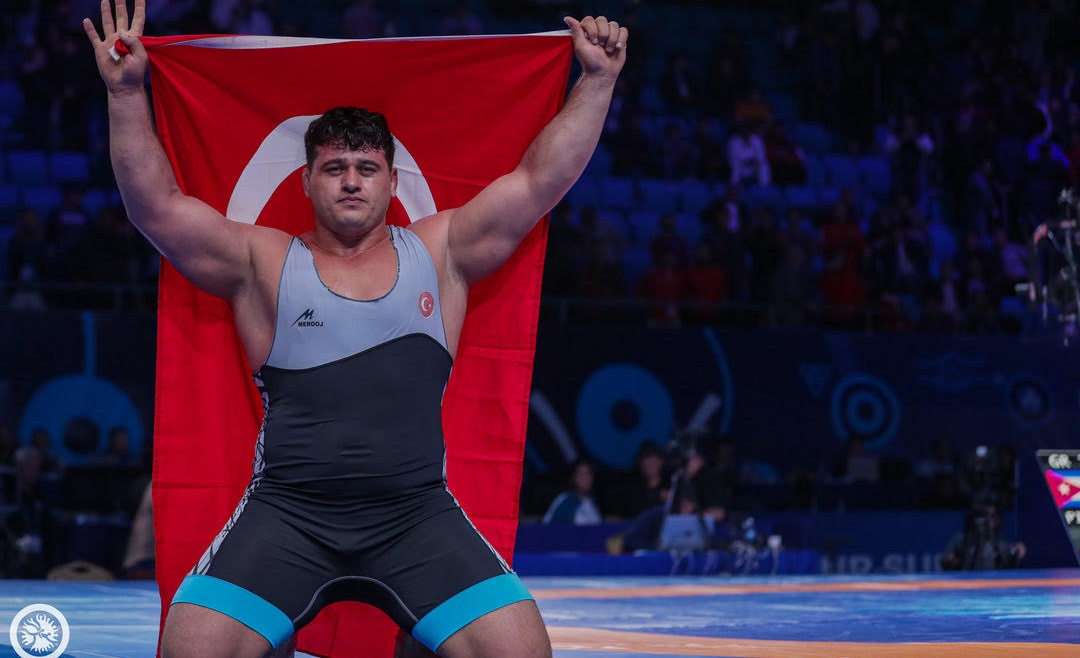 September 18, 2019 0Comments 425Views 0Likes
Russia was the undisputed king of Greco-Roman wrestling in Budapest 2018 world championship. The undisputed kind of Greco-Roman wrestling Russia won 6 Gold medals in 2018. It was expected that Russia will rule the Greco world once again at Nur-Sultan. But contrary to the expectations, the Kazakhstan world championship proved to be more even contest between Russia and other nations of the world. Russia this time could only win 2 Gold and 3 Silver Medal. They are still on the top of Greco-Roman ladder with 5 medals between but their hegemony in this form of wrestling is surely broken.
Georgia & Japan with 2 Gold and 1 Bronze are at second place in the medal tally. Hungary also proved their mettle in Greco-Roman category by winning 3 medals at the 2019 world championship.

On the last nite of the Greco-Roman competitions, Kenichiro FUMITA of Japan further dented Russian’s party. Fumita, in a clash of current and former world champions, outclassed Sergey EMELIN (RUS) with a 10-5 victory over in the 60kg final at the World Championships as the final three titles in Greco-Roman were decided on Day 4.

By making the final during the qualification rounds the previous day, Fumita had already assured himself of a spot on the team to the Tokyo 2020 Olympics that Japan will host.

The top six finishers in each Olympic weight class secure berths for their country at Tokyo 2020—the Japan federation, however, has gone a step further by deciding that any wrestler that wins a medal automatically fills that berth without any further domestic qualifying process.

“Yesterday, I felt like I was carrying a big burden,” Fumita said. “I always give everything to try to win, but I made sure I was especially stable in winning my matches.

“But today, the burden fell from my shoulders, and I wrestled with the firm determination to go all out and be aggressive.”

Fumita, the 2017 gold medalist who was injured for much of 2018, fell into a 5-point hole against reigning champion Emelin. The Russian gained the par terre advantage first, then twice turned Fumita with a gut wrench for a 5-0 lead.

Fumita, however, did not panic nor get distraught. In fact, he was relieved.

“I thought, ‘I’m glad it was only 5 points,’” Fumita said. “I thought he might have ended it there. But I figured I would get a chance and then I was able to work my lifts for points. The way the match went was close to what I had planned.”

Fumita got onto the scoreboard by getting a headlock on Emelin and twisting him up and over for 4 points, then added a roll and another 4-point throw for a 10-5 lead. That’s how the first period ended, and when Emelin was unable to penetrate Fumita’s defenses in the second, that’s how it ended.

Fumita credited advice he received from senior training partner Shinobu OTA, who ironically he had defeated for the place on Japan’s team at 60kg. Ota moved up to the non-Olympic 63kg and won a gold medal on Monday. 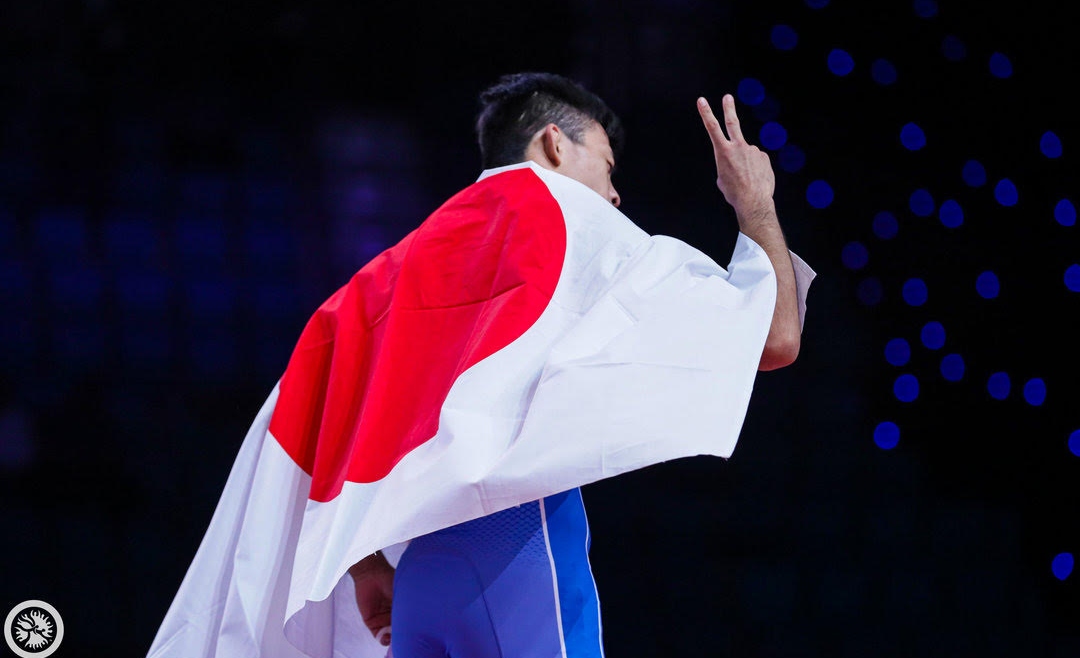 Meanwhile, Tamas LORINCZ (HUN) will finally take home an elusive gold medal in his 10th trip to the World Championships after winning the 77kg title with an 8-0 technical fall over Alex KESSIDIS (SWE).

Lorincz, a world silver medalist the past two years as well as at the London 2012 Olympics, scored three 2-point exposures during two stints in the par terre position to finish off Kessidis in 2:28.

“I am not the youngest competitor, so I have been waiting very, very long for the first world gold medal, so I’m excited and very happy about that,” said the 32-year-old Lorincz, whose younger brother Viktor won the 87kg silver the previous day.

“The final is never easy. The Swedish guy earned to right to be here in the final and he did very well up to today.”

While Lorincz was celebrating his first world gold, veteran Riza KAYAALP (TUR) was just as excited about winning a fourth, after topping Oscar PINO HINDS (CUB), 3-1, in the 130kg final.

“I’m very happy for this result,” Kayaalp said. “It is something I do as a gift for my nation. The only gold that I am missing is an Olympic gold. I hope to win that next year.”

Dating back to 2009, Kayaalp’s collection also includes two world silvers and two bronzes, an Olympic gold and a silver, and nine European golds.

United World Wrestling renews its deal with Taishan till 2024 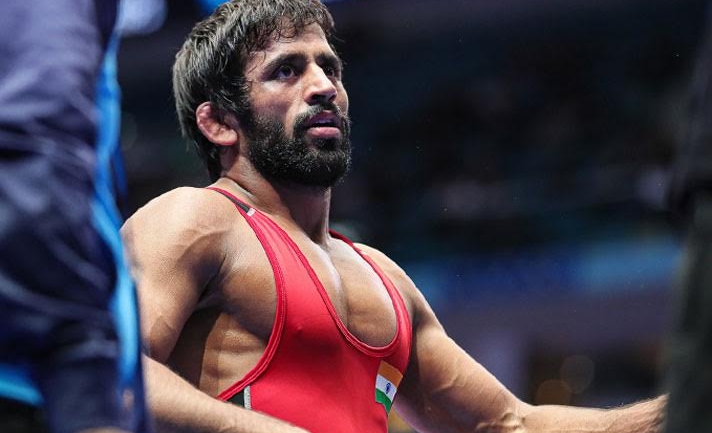