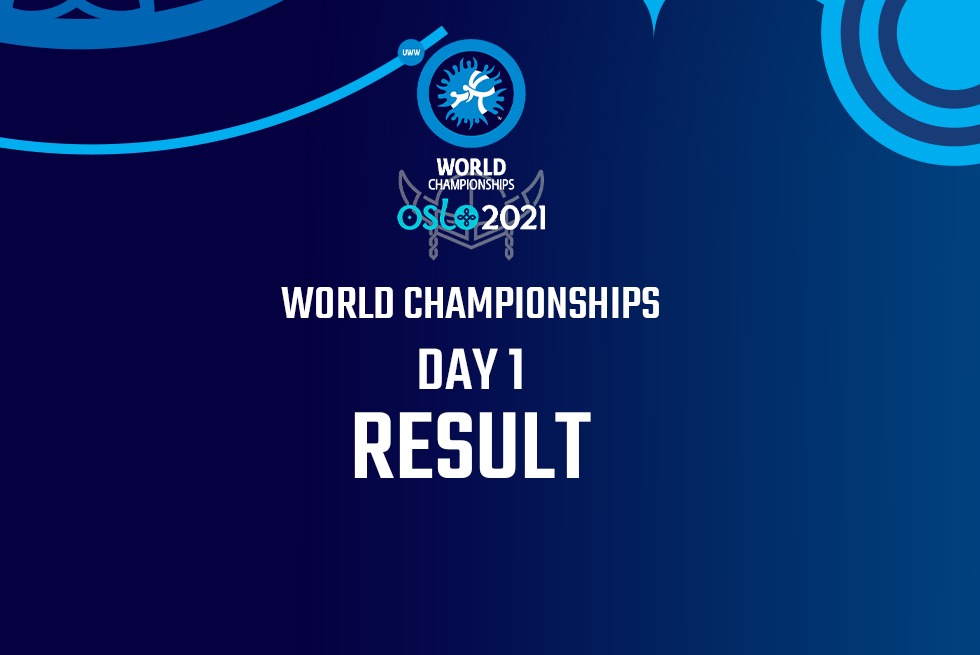 World Wrestling Championships Day 1 -Disappointing day for Indian wrestlers:  India had a bad day at the World Wrestling Championships on Day 1 in Oslo. Apart from Ravinder in the freestyle 61kh category, there was no success. Ravinder won his first two rounds but lost the quarterfinal to Faton Fix of USA in a one-sided affair with a scoreline of 0-10 on technical superiority.

Ravinder began with a technical superiority win over Korea’s Kim Sunggwon and then returned to the mat to shock 2019 world champion Lomtadze, who ran out of steam as the bout progressed.

In the first period, only two push-out points were scored with Ravinder leading on last-point scored criteria. He lost another point for stepping out but grabbed lead with a take-down move against the Georgian.
Lomtadze was struggling to catch his breath and Ravinder took full advantage of his rival’s lack of stamina. He effected a throw to consolidate his lead and earned another point when referee cautioned the Georgian for taking too much time to get on to his feet.

However, the super quick American proved too good for Ravinder, who lost his quarterfinal by technical superiority. A flurry of gut-wrench moves followed from Fix, who finished the bout inside two minutes.

However, he can still make it to the bronze medal match through repechage if Daton Fix beats Arsen Harutyunyan in the semifinals. On Saturday, Yash (74kg), Anirudh (125kg), Sandeep Singh Mann (86kg) lost their qualification round matches and failed to progress.