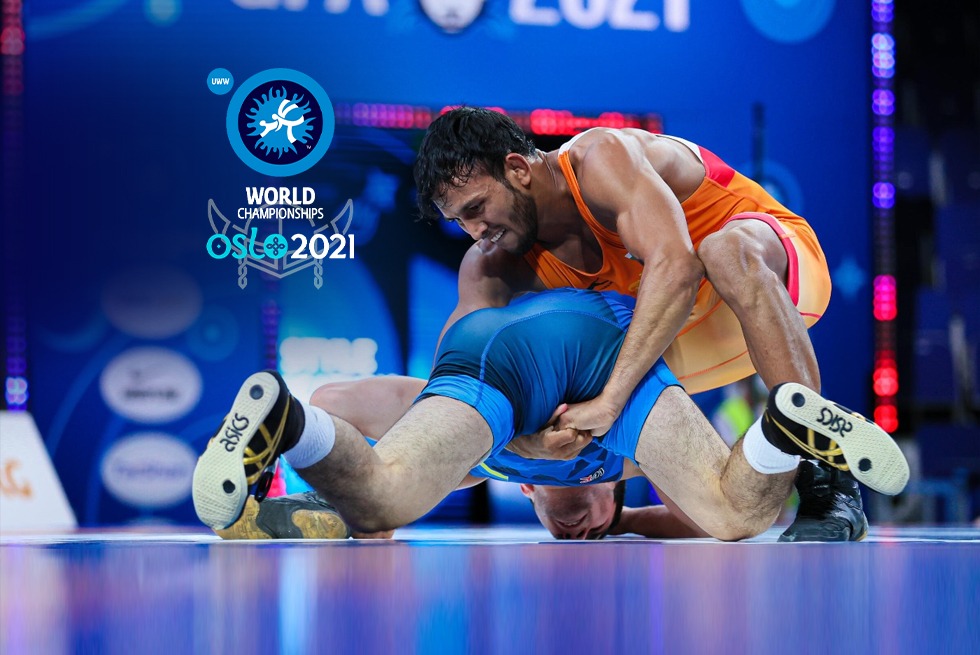 Pinki was third Indian to reach a medal round in this edition but failed to earn a podium finish after defeat of Ravinder (61kg) and Rohit (65kg) in the men’s free style bronze medal matches.

Earlier, 18-year-old Hanny Kumari (50kg) began with a 9-2 win over South Korea’s Miran Cheon but lost in the quarterfinals to Russia’s Nadezhda Sokolova. In the 53kg, Pooja lost to Japanese prodigy Akari Fujinami.

Rohit took the mat for his repechage round and initially struggled to find an attacking move as he was largely busy defending and was trailing 1-2.

However, towards the end of the first period, he employed a double-leg attack and converted that into a pointer to take a 5-2 lead. His style changed dramatically in the second period as he made move after move to take a winning lead.

He will face Mongolia’s Tulga Tumur Ochir in the bronze play-off in the evening session.

Kadian scored all of his six points by pushing his opponent out while Seo also had six points but was declared winner on the criteria of having scored a bigger point move. He had two 2-pointers.

The only point Sushil scored in his 1-5 defeat was on the passivity of stronger-looking Iakabishvili, who gradually took control of the bout with his agility and strength.

In the women’s competition, Pinki was confident in her 5-0 win over Korea’s Kim Soyeon in the qualification round and later pinned Kazakhstan’s Aisha Ualishan to progress to semifinals.

World Wrestling Championships Day 3- Pinki loses bronze medal match:She got her point on passivity of Ualishan and then pushed her out before copping a passivity point to lead 2-1 at breather. Using her immense strength, Pinki pushed the Kazakh on the mat from standing position for a two-pointer and kept a strong hold of her rival to get a win by fall.

In the 62kg category, Sangeeta Phogat made a confident start by beating Germany’s Luisa Niemesch 5-2, but lost her close pre-quarterfinal 4-6 to Brazil’s Lais Nunes De Oliveira.
Sangeeta Phogat, who is making a comeback to competitive wrestling after three years following knee issues, effected some splendid double leg attacks in both her bouts but lost points on counter attacks and also ran out of steam against the Brazilian.