Wrestling News: India’s 2019 U23 World medallist and what they are doing amid COVID-19 lockdown 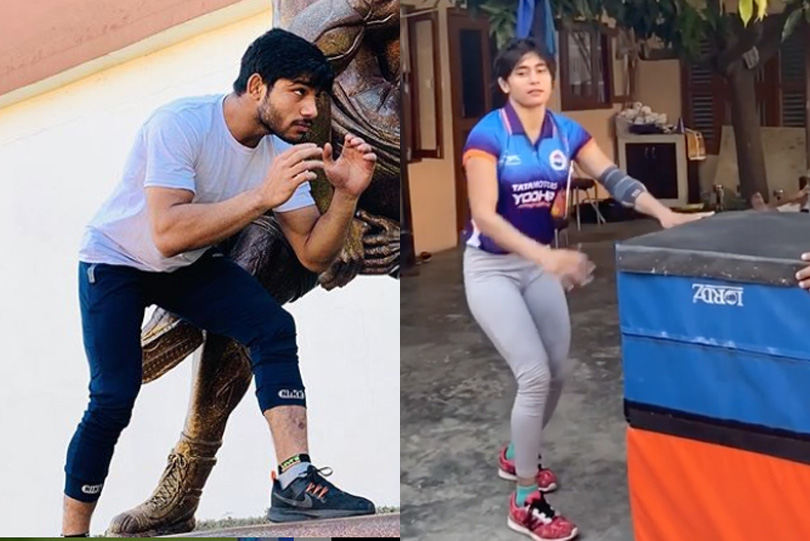 Wrestling News: India at 2019 U23 world championships had finished its campaign with two medals. And although it was not the best performance by Indian wrestlers at the age-group worlds, it still gave India hope that its wrestling future lies in safe hands. The two medal winners were Ravinder in 61kg men’s freestyle and Pooja Gehlot in 53kg women’s. But that was eight months back. Since then the two wrestlers had been training hard to bid their chances for the next Olympics when it arrives in Paris in 2024.

However, with this year’s Tokyo Olympics postponed to 2021 because of coronavirus outbreak, Ravinder and Pooja’s dream has fast-forwarded. The duo is now dreaming to bid their chances for the upcoming games. But how are they preparing amid COVID-19 lockdown?

The 22-year-old is probably the brightest name in India’s lightweight categories who is yet to make her seniors debut. She competes in the 53kg division but since it is already dominated by world medallist Vinesh Phogat, Pooja is going after the 50kg berth. Currently, Asian medallist and veteran wrestler Nirmala Devi holds the top spot in the division.

Pooja is currently training at her local akhada in her village. She hails from lampur Village, Delhi. She has been lucky enough to have access to mat training. One of the big advantages she has over her senior counterpart is that if United World Wrestling (UWW) decides to resume competitions from September she may compete at the U23 Asian championship. “Currently I am recovering from a shoulder injury and training at the stadium near my home. We are not allowed to spar yet so it is only individual training”.

One of the flag-bearers of next-gen of Indian wrestlers, Ravinder is the 2019 U23 world championship, silver medallist. The Haryana wrestler won the School National gold in 2013 before winning a bronze in the 2013 Asian Cadet Championships. The following year he saw Ravinder secure the Senior National silver.

However, the wrestler has not been able to train ever since returning from Bangalore. “I was in Bangalore for the rehabilitation of my shoulder injury. I came back to Chandigarh where I was quarantined. I will begin training once I return to Delhi,” he said. Although given India’s history, Bajrang Punia will be country’s official entry for 65kg at Tokyo Olympics — as he secured the place after winning bronze at World Championship — Ravinder stands an outside chance for it. “If Wrestling Federation of India (WFI) holds trials for the 65kg, I will compete in it,” he added.