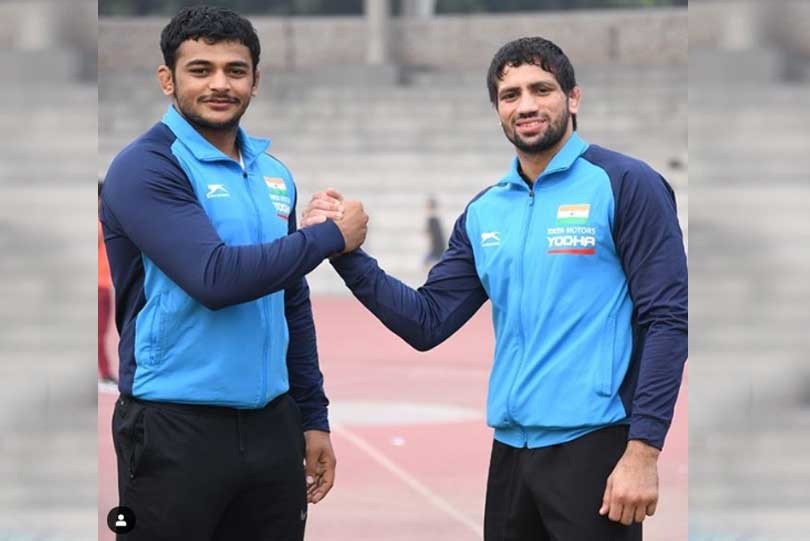 Ravi Dahiya’s exams are over. Now he is determined to return to top form before the proposed world wrestling championship. He is currently training at the Chhatrasal Stadium and is waiting for visa approval from Poland embassy. Dahiya and Deepak Punia are planning to participate at the Poland Open scheduled for next month to test their skills. “We have not competed for so long, so our form has certainly been affected. So Poland Open will become a testing ground for us,” Dahiya told WrestlingTV.

Poland Open is scheduled from November 4 to 8. Wrestling Federation of India (WFI) has accepted their request to participate in the tournament. However, they are yet to get a travelling visa from the embassy. “We had requested WFI for it and they were very supportive. But there are some issues with the visas. Will be going to the embassy on October 27 for it,” the 2019 world championship bronze medallist in 57kg freestyle said. Their coach Murad Gaidarov will join them directly in Poland.

Punia, on the other hand, is yet to return to Chhatrasal. He had left the men’s national camp after testing positive for covid-19 and returned home. He is now training with coach Virender separately.

“We are not thinking about it for now,” Dahiya says as United World Wrestling is yet to take a final decision on it. United World Wrestling (UWW) had announced that for now the senior world championship will go ahead as plan. However, UWW will take a final call on it in an executive meeting on November 6. Meanwhile, all the national federations will have to send their entries by November 5.

Joining the national camp, Dahiya says, will depend on whether the world championship will be held or not. “As of now, neither Deepak nor I, have any plans of returning to the camp. If UWW decides to hold the competition, then we will go, otherwise we might request WFI to let us train in the stadium,” he said.