WWE Hell in a Cell 2020 Predictions: 5 matches that would take place next Sunday at this PPV 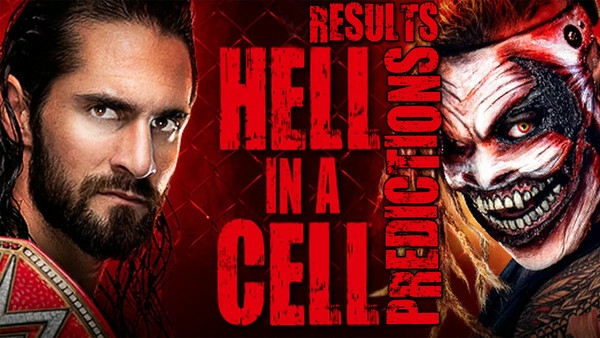 Hell in a Cell has represented one of the most brutal match types in WWE for over two decades now. On Sunday, Oct. 25, the annual Hell in a Cell pay-per-view takes place, and it’s sure to bring some of that trademark violence to the demonic structure.

Murphy and Rollins split — seemingly for good — on the Oct. 5 edition of Raw, with Murphy attacking Rollins for exposing text exchanges with Aalyah Mysterio. Rollins fought back and laid out Murphy. Of course, Dominik was already furious with Rollins and even more furious with Murphy. With the three sides all having issues, and Rey Mysterio still sidelined, a triple threat match only makes sense.

Owens and Black have clashed a few times on Raw after Black’s heel turn, but none of those matches have seen a result that felt particularly satisfying. Black still has put a target on Owens, placing blame on KO for not being there to save his eye months ago, and it’s unlikely this feud can find any closure before the two face off in at least one pay-per-view clash. The two men could put on a thrilling Hell in a Cell match, but they haven’t been featured as a top-level feud worthy of the stipulation.

The Street Profits were drafted to WWE Smackdown while SmackDown Tag Team Champions The New Day got moved to RAW. Adam Pearce facilitated a simple title swap this Monday, giving us new champions and setting the stage for some new tag team clashes that could be on the table for Hell in a Cell.

The Riott Squad vs. Nia Jax and Shayna Baszler vs. Mandy Rose and Dana Brooke

Along with Cross, Nia Jax and Shayna Baszler were unable to compete at Clash of Champions. WWE has been quiet on the exact reason why, but since they weren’t stripped of the titles, it might be safe to assume they will be able to return by HIAC.

Mandy Rose and Dana Brooke defeated Natalya and Lana on Raw, and Adam Pearce implied the winners would be in line for a title shot.

The Riott Squad is also waiting to get the shot they were promised at The Clash, so the best option would be to turn this into a Triple Threat match.

The women’s tag team division needs to be built back up again, and these three teams could help make up the foundation. It’s sad that we lost The IIconics, but there are plenty of options to fill the void they left.

The Hurt Business vs RETRIBUTION

If WWE wants Retribution to be a success, the group needs to get a big win under its belt. Beating Bobby Lashley, MVP and Shelton Benjamin inside Hell in a Cell would do the trick.

Retribution hasn’t been booked as well as some people would like, but Mace and T-Bar have been blowing up social media with some of their recent posts on Twitter.

WWE needs to let them continue owning people online while it thinks about a new way to book them. Just causing chaos on a regular basis isn’t enough. They need to win some matches.

Unfortunately, this leaves Apollo Crews, Mustafa Ali and Ricochet out of the equation. Adding them would make for some entertaining spots, but it would be better if it was just The Hurt Business vs. Retribution for the time being, especially if Retribution walks out with the win.