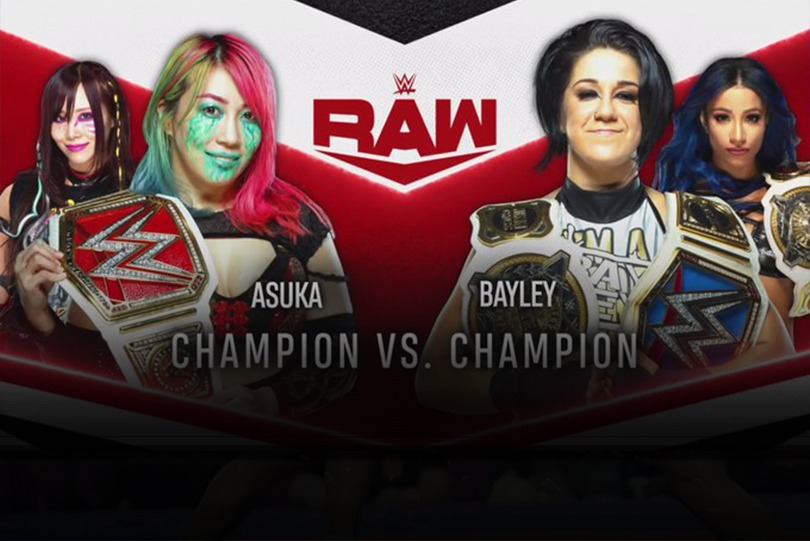 July 4, 2020 0Comments 1222Views 3Likes
WWE News: WWE has confirmed that the upcoming Raw will feature an exciting segment– Champion vs Champion. Raw’s Women’s Champion Asuka will be up against Smackdown Champion Bayley in a non-title WWE brand vs brand match. However, we can be sure of one thing, that Bayley will have Sasha Banks on her side when the two clash on Monday Night Raw.
This match is going to be a thriller one since it is very important for both the brands to maintain their reputation which will be on the stake during this match. Anything thing can happen in this jaw-dropping action of the divas. There are chances that it would turn out to be a doubles match if Banks gets involved in the match.
Who will reign supreme when the two elite titleholders battle on the red brand? Follow all the WWE Raw latest news, rumours on WrestlingTV.in. Also, you can get all the latest results from WWE Raw and Smackdown here.
0
0
0
0
0
0
0