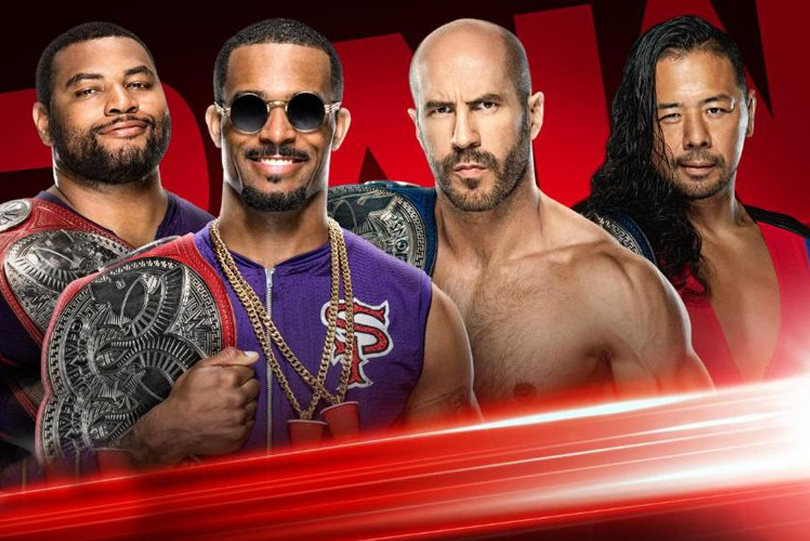 WWE RAW Preview: Last week on RAW episode The Street Profits came out to watch out for their next opponents, and nobody saw it coming! when the current SmackDown Tag Team Champions Cesaro & Shinsuke Nakamura made their way to ring and surprised all.

Are you ready for RAW vs. SMACKDOWN?!#WWERaw Tag Team Champions @MontezFordWWE & @AngeloDawkins clash with the #SmackDown Tag Team Champions @WWECesaro & @ShinsukeN on an In Your Face Monday edition of Raw, tomorrow night at 8/7 C on @USA_Network!https://t.co/81FYXFBBMS pic.twitter.com/MPk7CnKd5d

After lot of talk between both the teams and they came out with a conclusion that – – “In your Face” edition of RAW there would be ‘champions vs champions’ match. The team of The Street Profits will face of against The team of Cesaro & Shinsuke Nakamura on tonight’s Monday Night RAW.