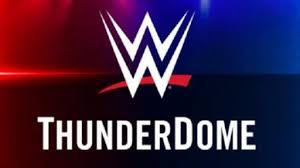 WWE News: WWE ThunderDome has been huge success for the company and for the WWE fans so far. It was inaugurated last month in mid August with the episode of SmackDown Live, following WWE SummerSlam 2020, then regular shows of RAW and SmackDown both, and also included WWE Payback 2020.

However, recently it was revealed that ThunderDome plan would not last too long as WWE’s contract to be end with the stadium by October or early November. According to Wrestle Votes, WWE is looking for a fesisble venue once the WWE ThunderDome contract gets over, and WWE will hold the both RAW and SmackDown at the same venue.

Over the past week or so, WWE assembled a small team to figure out if running TV from outdoors venues would be fesisble once the ThunderDome contract expires. Idea is both SD & RAW would be in same location each week. Southern states with good weather is the preference. All TBD.

Moreover, WWE Clash of Champions 2020 is also scheduled to take place under the spotlight of ThunderDome providing the same venue Amway Center, Orlando. Then, it is also noted that Hell in a Cell 2020 would be the last event at this venue since ThunderDome stadium contract expires at 31st October based on report.

It will be exciting to watch out as long as WWE has ThunderDome, it will try all the experiments so that once the regular venue confirms WWE does not have to tackle out a lot.