Tata Motors Senior National Wrestling Championships: Watch out for these 5 wrestlers on the Day 1 in Freestyle competitions 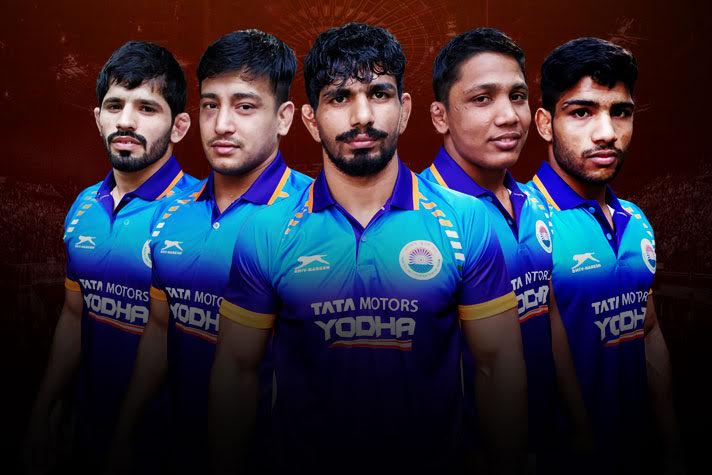 The Tata Motors Senior National Wrestling championships is beginning from tomorrow in Jalandhar with Men’s Freestyle competition followed by Women competition on day 2 and Greco-Roman on the day 3 of the championships. Over 500 wrestlers, including a majority of Indian wrestling icons, will be vying for top honors in the men’s freestyle, Greco Roman and women’s events.

WrestlingTV.in which is bringing the event LIVE for the wrestling fans in the country has compiled list of 5 wrestlers who the fans should watch out for on the day 1 of the competitions.

61kg – Ravinder (Services) U23 World Medallist
Ravinder won a silver medal in the recently held Under 23 world wrestling and lost out to Ulukbek ZHOLDOSHBEKOV of Kyrigistan in the finals. During the tournament, 22 year old Ravinder stunned reigning European wrestling champion Arsen HARUTYUNYAN of Armenia in the Semi-finals. All of these achievement in last 2 months proves what talent and potential this wrestler has. In absence of the likes of Rahul Aware, Ravinder’s main challenge would come from teammate Sonaba Gongane. It will be interesting to watch Ravinder’s approach in his first senior national championship as favorite for the title.

65kg – Sharvan – (SSCB)
Sharvan is another big talent and will be fighting for services. Hailed as ‘’Chotta Bajrang” in the wrestling circles, Sharvan fights like a man possessed and has all the talent to be India’s next big thing in the same category in which his senior and idol Bajrang fights. Bajrang has decided to give nationals a miss. This means we will not see a fight between Champion and Challenger – but if Sharvan can overcome the rest of the field and lift national title – he can perfectly fit the role of challenger to Bajrang in future.

74kg – Gaurav Baliyan (Uttar Pradesh)
Without any doubt he is one of India’s most promising wrestler. This 19 year old wrestler has overcome odds in his personal life and also survived Muzaffarnagar riots to reach the level where he is today. He recently won U23 National championships and got the right to represent India at recently concluded U23 World Championships. Though Gaurav could not progress beyond last 16 but his talent was quite evident. It will be interesting to see in Jalandhar how he fares against the likes of Amit Dhankar, Praveen Rana & Arjun Yadav. If he proves his mettle, he can get the right to challenge great Sushil Kumar in the 74kg category.

79kg – Vir Dev Guliya – (Services)
Along with Ravinder, if someone was the most impressive in Indian freestyle squad at the U23 World Wrestling in Budapest, it was Vir Dev Guliya of Services. Extremely fit Guliya narrowly missed on bronze medal at the U23 World’s. In 79kg he will have to fight-out defending champion Jitendar. It will be extremely interesting to watch the battle between the two at the nationals in Jalandhar. Jitendar is seasoned campaigner and represented India at the Senior World Championships. Guliya vs Jitendar can be fight of the championships in this nationals.

92kg – Viky – (Services)
Another Junior vs Senior battle is in offing in the 92kg category. Viky (Services) who by the day is impressing everyone by his showing in Junior events will challenge Parveen from Railways. Parveen represented India at Nur-Sultan World Wrestling & Viky was the member of the U23 team – lets see who wins tomorrow to be India’s number 1 wrestler in 92kg category.

In its bid to keep the Indian wrestlers connected with their millions of wrestling fans in the country, www.wrestlingtv.in has been steaming all the international events LIVE in the country. The just-concluded Under-15 Asian Wrestling Championships, held in Taichung, Chinese Taipei, and over the last weekend and the UWW Women’s World Cup have been watched by more than 18 million fans across the world on WrestlingTV’s different digital platforms, including its YouTube channel – WrestlingTV.